It's Fourth of July weekend. How did that sneak up on us? Hopefully your celebrations will take place outdoors and include some local sweet corn. Roasted corn on the cob is one of those all American summer rites of passage.

Corn takes up a lot of space in the garden for a long time, yet gardeners are happy to accommodate it. If you've never tasted just picked sweet corn, you owe it to yourself to try growing it at least once. Freshly picked sweet corn is like nothing you've ever purchased at any store, even the farm stand down the road. It is so tender and sweet, cooking is optional.

The challenge to growing sweet corn is having the patience to wait for it to ripen and beating the critters to the harvest. The supersweet varieties are getting all the attention, but the old fashioned standard sweet varieties really shine in the home garden, where they can be picked and cooked within minutes and you can enjoy that creamy corn texture that the supersweets are lacking.

There are dozens of varieties to try, early, mid and late-season. If you want to get the kids involved, try one of the colorful introductions with blue or red kernels, like Ruby Queen, or maybe some homegrown popcorn. Growing your own corn is worth the reward.

Photo of 'Passion' Corn Courtesy of the National Garden Bureau 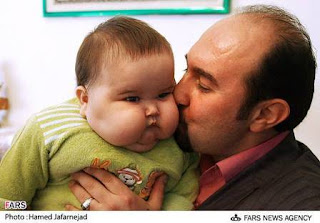 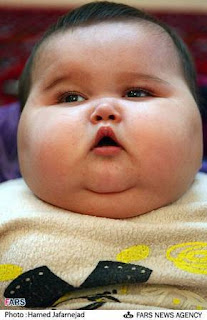 Posted by shandalya at 2:36 PM No comments:

Is Libraries Change Your World.


LIBRARIES IMPORTANCE IN CHANGING THE SOCIETY .

Library is like a storehouse of knowledge. You will find books in a library in almost all topics, be it history, geography, or even science fiction a library has it all. All schools and colleges have a library. Libraries are as the shrine where all the relics of the ancient saints, full of true virtue, and that without delusion or imposture, are preserved and reposed- Bacon. A library is like the whole world encompassed in one room. Without a library a school will not be complete. It is very essential to the education and school system. Any problem you have any query unanswered you will find it in one of the books stored in the library.

A pivotal role played by the libraries it is one of the factors which helps in the development of a society or an even a civilization. It caters to the knowledge thirsty minds of thousands of people. With the onset and advancement of technologies virtual libraries are created. These types of libraries are present in many colleges. This type of library system has become very popular as all students are now technology-savvy and they prefer checking out some thing on the net rather than looking up books. Libraries are an integral part of the education system and one is incomplete without the other.
SO WE THE FUTURE OF OUR COUNTRIES TO DO SOME CHANGES IN OUR COUNTRY WE HAVE TO GET DIFFERENT KNOWLEDGE FROM DIFFERENT FIELD LIBRARY IS THE BEST PLACE TO DO THIS......
Posted by shandalya at 2:45 PM No comments:

There was a twist in the selection of top twelve contestants.
While the top seven contestants were selected based on public voting, the next five contestants will be selected by the judges based on their performance.
Indian Idol 5 Top 12: Finally the judges of Indian Idol Season 5, Anu Mallik, Sunidhi Chauhan and Salim Merchant have selected Top 13 contestants for the further rounds of Indian Idol.
This is the first time in the history of Indian Idol 5 that instead of 12 contestent 13 contestent is pick up from the galla round and the lucky contestent is
Yashraj Kapil
This Years Indian Idol Season 5 Top 13 are :
Bhumi Trivedi, Vishwas Rai, Swaroop Khan, Sashi Suman, Manisha Karmakar, Tia Kar, Shivam Pathak, Naushad Ali Kawa, Shreeramchandra, Arpita Khan, Meghna Kumar, Rakesh Maini and Yashraj Kapil

Phobia of friday 13 and their effects.... 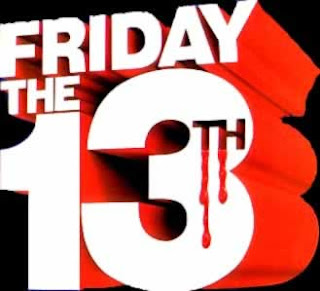 
A phobia is an extremely intense and irrational fear of a person, place, or thing that has no basis in reality and the fear of Friday the 13th is no exception. It is estimated that 25 million American suffer from this fear and will change their habits and practices on Friday the 13th to avoid the harm they believe comes along with this infamous day.

What is the cost of this phobia?

According to the Stress Management Center and Phobia Institute in North Carolina, this phobia costs Americans 800 million dollars each day from lost of work and other behaviors associated with the fear of Friday the 13th. Americans will stop going to the mall, take airplane trips, go to work or church or grocery shopping on Friday 13th. They may even be afraid of driving their cars and taking public transportation.

In contrast according to Finnish researchers for The Center for Insurance Statistics, Friday the 13th is safer than any other Friday in the year because there is less traffic on the streets. They claim that there are less fires and thefts on days, which have some kind of superstition attached to them.

Researchers have done several studies to see if the psychological fear that something bad will happen will lead to an actual rising to something bad happening.

In 2002 a Finnish research team found that 63 percent of women actually died on Friday the 13th as compared to any other Friday. They concluded that the fear that something bad will happen causes worry and anxiety leading to dire consequences and thus something bad happens.

On the other hand, Professor David Philips of the University of California did not find any significance in deaths occurring on Friday the 13th, but he did find a significant difference in deaths occurring the 4th of the month within the Japanese and Chinese population. These two groups find the number 4 unlucky. He found 27 percent more deaths from cardiac arrest among Asians on the 4th of the month in California where there is a high Asian population. There were 13 percent more deaths across the United States. The word 4 sounds like the word death in the Cantonese dialect.

Of course other researchers disagree. It has longed been known that people tend to find what they are looking for. It becomes a form of tunnel vision. When a person is looking for something bad to happen because it is Friday the 13th they will find it. Some of the very things they find bad are things that can happen on any other day of the year, or things they would not normally consider bad at all.

For example, I have very poor special awareness; I don’t have a sense of where I am when I am in a strange place. I don’t really know north from south, east, or west when put in the middle of nowhere. If I am familiar with the area than I have a handle of where I am, but if I don’t I am lost. I took the bus to school for the very first time on my own on a Friday the 13th and I took the bus going into the wrong direction. Was it because it was Friday the 13th that it happened? Of course not! I could have done the very same thing on any other day of the year.

If we stub our toe on Friday the 13th, could it not have been something we would have done on any other day? Of course it could have, and most likely we would yelp or mumble a few choice words, but we would not have said ah ha its Thursday the 28th that is why I stubbed my toe.

The fear of Friday the 13th is steeped in superstition from an earlier time period. There is no real basis to prove that anything bad will happen on the day that would not have happened on any other day. It is just pure coincidence, or it is something you are looking for to happen and because you are looking, you are sure to find.

Posted by shandalya at 2:49 PM No comments:

Useful Tips For You If You Are Planning to Visit Mata Vaishno Devi Temple ,Jammu

This is one of the most visited religious place in India and is a must see part of the religious tourism in India. Katra the base station fro going to Vaishno Devi is located about 50 Kilometers from Jammu the last broad gauge station of Indian Railways in North India. The temple is further located 13 kilometers from Katra and is approachable by road only.
Devotees offload their luggage in Katra and just carry the necessary items for this trek. For a normal adult it takes about 6 hours to reach the temple from Katra. Due to formation of trust many years back the facilities have considerably improved enroots and at the temple premises. The whole path is well laid out with ample lighting at Night. Resting places with sheds are built every 400 to 500 meters with facility of toilets and subsidized canteens.
Being on a hill top there is temperature difference of around 10 degrees between the temple site and Katra. This needs to be kept in mind while planning for clothing requirements, however free blanket service is available at the temple premises.
The visitor needs to register for this visit either at Katra or online at the MVDSSB trust website Accommodation provided by the trust at various places like Jammu, Katra and the shrine can also be booked online in advance through their website. Being base camp for this temple Katra has a large number of hotels, resorts and guest houses catering to the requirements of every section of society from five star hotels to economy lodges.
Jammu city is located about 500 kilometers from the Indian capital of Delhi. A number of trains including super fast train like Rajdhani express and air conditioned Volvo buses are available for the tourists. The buses generally leave in the evening and reach Jammu /Katra the next day morning. The average travel time from NEW DELHI TO JAMMU is about 10 to 12 hours. The Jammu to Katra travel time is about one and a half hour.

OTHER NEAREST PLACE TO WHICH U LIKE TO VISITS ARE:
DANSAL ..... A LORD SHIVA PLACE 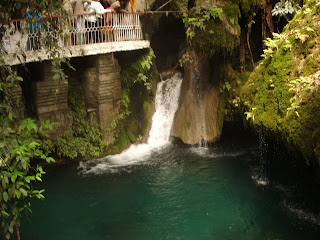 Posted by shandalya at 2:37 PM No comments:

RIVER TAWI IS POLLUTED BY THE PROTECTORS 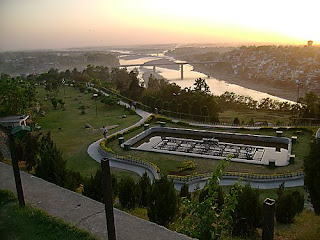 JAMMU:
Around 500 people led by a local corporator today blocked vehicular movement here protesting dumping of garbage by Jammu Municipal Corporation (JMC) in river Tawi.
Led by Bhagwati Nagar Corporator Raj Kumar Gupta, protesters blocked several city roads and raised slogans against JMC and state government for polluting Tawi by dumping garbage collected from various parts of the city.
The protesters lifted blockades from roads after authorities promised them to take up the issue with senior officials of JMC.
"JMC is collecting garbage from various parts of the city and are dumping dozens of garbage trucks in Tawi at Bhagwati Nagar area in the city and polluting the river,"

Tawi is called 'Surya Putri' and revered by the Hindus.

Posted by shandalya at 2:23 PM No comments: